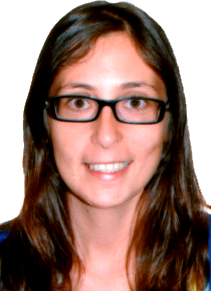 Nanoswimmers are engineered particles artificially created at the size of the nanoscale, capable of resembling biological locomotion and taxis because of it self-propelling capacity. Transport at the nanoscale and controlled locomotion within fluids (resembling active diffusion in physiological fluids such as blood or cerebrospinal fluid) is a condition for the development of autonomous nanomachines that could, in the future, provide advanced skills in challenge fields as drug delivery, diagnostic or therapy.

To achieve this aim, Janus shaped mesoporous silica spheres of 600 nm diameter, which have different pore sizes, have been functionalized on one hemisphere with three types of enzymes: Glucose oxidase, Uricase and Cholesterol Oxidase, which upon contact with their substrate could provide the needed power to self-diffusiophoretic movement.

The amount of active enzymes immobilized onto the particles were assessed, and the the swimming experiment including the particles tracking were performed, giving the conclusion that Glucose Oxidase provide the highest diffusion coefficients for our nanoswimmers.